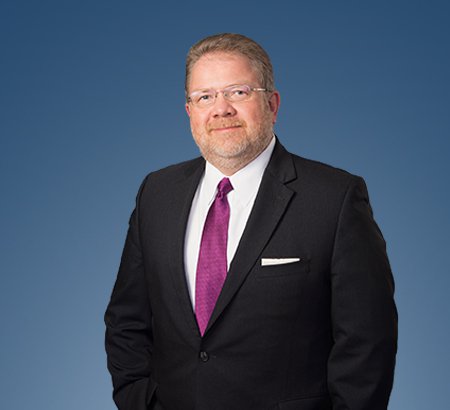 “To Kill a Mockingbird says ‘Atticus Finch is the same in his house as he is on the public streets.’  I try to live this way in my practice and daily life.”

Matthew D. Harper represents clients in a wide range of business, construction, land use and real estate disputes.  He is a member of Eastman & Smith’s Bankruptcy and Creditors' Rights, Business Litigation, Construction Law, Aggregates and Industrial Minerals, and Eminent Domain Practice Groups.  Mr. Harper is admitted in state and federal courts throughout Ohio and Michigan and has appeared pro hac vice in business litigation in Indiana, North Carolina, South Carolina and Wisconsin.

Following his graduation from law school, Mr. Harper served for one year as a law clerk to the Honorable Richard F. Suhrheinrich of the United States Court of Appeals for the Sixth Circuit. Mr. Harper has engaged in the private practice of law since 1993.

Mr. Harper has presented on various topics relating to business disputes and construction law issues to groups such as the Construction Financial Management Association (annual conference), the Northwest Ohio Chapter of the Construction Financial Management Association, the Mechanical Contractors' Association of Northwest Ohio, the Toledo Board of Realtors and the Toledo Chamber of Commerce. He has also taught as an adjunct professor at the University of Toledo College of Law.

Specific examples of Mr. Harper's litigation experience include the following.

Ohio Super Lawyers named Mr. Harper as an Ohio Rising Star based on a survey of Ohio lawyers. He is rated AV by Martindale-Hubbell as well as listed in Best Lawyers in America® in the practice area of commercial litigation.