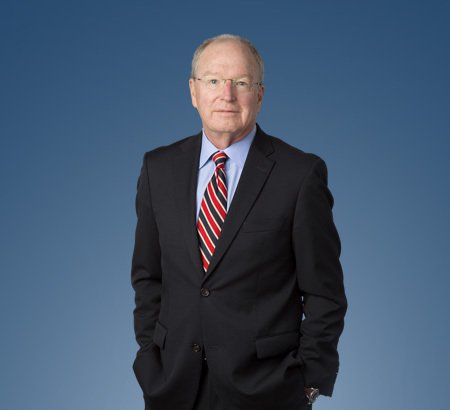 “The object is not for me to win your case in court; the object is for us to win in such a way so that we do not need to go to court.”

The name Brian P. Barger is well known in the surface mining industry for his decades of work on its behalf which includes:

Currently he is an of counsel attorney at Eastman & Smith who runs the Aggregates and Industrial Minerals Practice Group. Simply put, when Mr. Barger and his team work to solve your problem—whether it is zoning for additional reserves or a greenfield site, permitting, a contractual dispute or an employment matter—there is NO learning curve.

Mr. Barger understands that clients do not consider litigation to be a profit center and every effort is made to accomplish the client’s goals without having to go to court. To this end, Mr. Barger calls on his years of experience and his contacts throughout the industry and all levels of government to bring creative and practical solutions to the table, understanding that businesses run on relationships and a win-win is usually the best solution.

However, when the practical is not possible, there is the hammer. Mr. Barger’s experience extends to representing clients:

Representing the surface mining industry is but one of Mr. Barger’s passions. Sailing is another. He has sailed in the Caribbean and Mediterranean as well as throughout the Great Lakes. When combining his passions, Mr. Barger refers to his boat as the Firm’s Catawba Island office, where he can be found much of the summer.

In 2016, Mr. Barger was appointed by Governor Kasich to the Executive Order of the Ohio Commodore.  Membership in this organization is available to people who have positively affected economic development in Ohio.