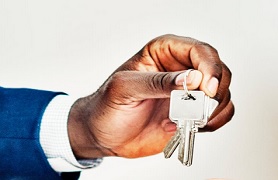 Creditors holding security interests in personal property, like automobiles, almost universally retain the contractual right to repossess the collateral upon default of a security agreement.  Other creditors often are granted possessory lien rights under non-bankruptcy law to retain personal property to secure payment of fees or other charges.  A common strategy for an individual debtor seeking to regain control and use of repossessed or retained property is to file a petition for relief under Chapter 13 of the Bankruptcy Code.  Under those circumstances, does the creditor have an obligation to turnover possession of the collateral to the debtor?  Until the U.S. Supreme Court resolves the issue, a growing split amongst the U.S. Circuit Courts of Appeal means that the answer depends on where the debtor files for bankruptcy.

In In re Fulton, the Seventh Circuit Court of Appeals joined the Second, Eighth, Ninth and Eleventh Circuits in holding that a secured creditor must relinquish possession of collateral to a debtor-in-possession in Chapter 13 notwithstanding a possessory lien interest.  In Fulton, the City of Chicago immobilized and impounded vehicles because their owners failed to pay parking tickets, fines and other municipal citations.   The City’s municipal code provided that the City retained a possessory lien on impounded vehicles to secure payment of the unpaid obligations.  When the vehicle owners filed Chapter 13 bankruptcy petitions, the City refused to release the vehicles, arguing that it was entitled to retain possession of the vehicles to maintain perfection of its possessory lien.  The vehicle owners moved for sanctions, arguing the City was in violation of the automatic stay.  The Bankruptcy Court determined the City’s refusal to turn over the vehicles was in violation of the stay.  The City subsequently appealed.

The Seventh Circuit concluded that (i) the vehicles were clearly assets of the debtors’ bankruptcy estates; (ii) Section 362(a)(3) of the Bankruptcy Code prohibits conduct that “exercise[s] control” over estate assets; and (iii) even passively holding onto a debtor’s asset lawfully seized prepetition or refusing to return it falls within the commonsense meaning of “exercising control.”  Further, the Seventh Circuit concluded debtors were not required to file motions for turnover to compel the City to deliver possession of vehicles because Section 542(a) of the Bankruptcy Code makes turnover of estate assets to the trustee or the debtor-in-possession compulsory.  The City’s remedy to protect its lien interest in the vehicles was to file a motion for adequate protection.  Moreover, as an involuntary relinquishment of possession, the Court concluded the City would not be deprived of its perfected lien by complying with Section 542(a).

Notably, the Tenth Circuit and the D.C. Circuit take a different view of Section 362(a)(3), concluding that only “affirmative acts” to obtain possession of, or exercise control over, property of the bankruptcy estate violate the automatic stay.  In those jurisdictions, merely passively holding an asset of the estate lawfully seized prepetition does not violate Section 362(a)(3), although extreme creditor conduct still is subject to sanction under the bankruptcy court’s general authority under Section 105(a).

A ruling from the Third Circuit Court of Appeals is expected to add to the jurisprudence on this issue within the year.  Until the U.S. Supreme Court resolves the conflict, however, secured creditors evaluating their right to possession of collateral during the pendency of a bankruptcy must account for widely divergent treatment throughout the bankruptcy system.

Should you have any questions regarding possession of collateral and bankruptcy proceedings, please contact Mr. Sandretto or Mr. Lefevre.