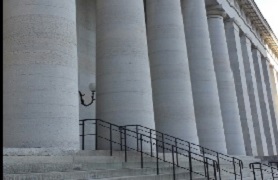 A recently released decision of Ohio Supreme Court limits the ability of plaintiffs to use the “savings statute” to re-file previously dismissed claims. The savings statute, Ohio Revised Code 2305.19, permits a plaintiff to refile a lawsuit which was dismissed other than on the merits within one year of the dismissal, even if the statute of limitations has expired. The Court, however, now has held for the first time that the savings statute does not apply to claims which were initially filed in federal courts outside Ohio, unless the original case was a class action.

In Portee v. Cleveland Clinic Foundation, an Indiana resident who had received treatment at the Cleveland Clinic in Ohio, initially sued for medical malpractice in United States District Court for the Southern District of Indiana. The federal court in Indiana dismissed the case for lack of personal jurisdiction. Less than a year later, but outside the malpractice limitations period, plaintiffs re-filed the suit in Court of Common Pleas for Cuyahoga County, Ohio. The trial court dismissed the claim as untimely, finding the savings statute did not apply to plaintiff’s claim because it was originally filed in Indiana federal court and not in Ohio. The Court of Appeals for Cuyahoga County reversed, applying the savings statute just as it would to cases originally filed in the federal courts located in Ohio and thus allowing the claim to go forward.

Following Portee, plaintiffs will have to think carefully about the appropriate venue for their suits, particularly for claims involving short limitations period. Likewise, defendants faced with a re-filed suit should consider whether the claim has really been “saved” under ORC 2305.19.

Should you have any questions regarding this decision, please contact Jared J. Lefevre.

Disclaimer:  The article in this publication has been prepared by Eastman & Smith Ltd. for informational purposes only and should not be considered legal advice. This information is not intended to create, and receipt of it does not constitute, an attorney/client relationship.