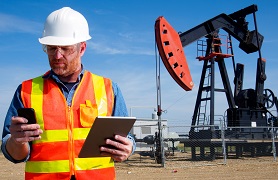 Applying its interpretation of the ODMA in Corban, the Ohio Supreme Court found that the estate of John Noon, in Walker v. Shondrick-Nau, properly retained the mineral rights by following the procedures set forth in the 2006 ODMA and properly filing a claim to preserve the mineral interests.  Similarly, in Albanese v. Batman, the high Court concluded that dormant mineral rights did not pass to the surface owners because they failed to follow the notice requirement of the 2006 ODMA prior to attempting to declare the mineral rights abandoned.

The Ohio Supreme Court’s decision in Corban provides clarity for establishing the surface owner’s marketable record title in the mineral estate under the 2006 version of the ODMA.

If you have questions regarding either merging or preserving mineral rights or the implications that the decision may have on your mineral rights, please contact one of our real estate attorneys.

Disclaimer:  The article in this publication has been prepared by Eastman & Smith Ltd. for informational purposes only and should not be considered legal advice. This information is not intended to create, and receipt of it does not constitute, an attorney/client relationship.