Going Viral: Can Employees Be Disciplined For Off-Duty Conduct? 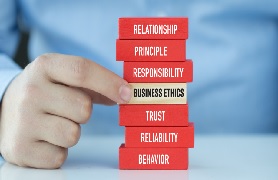 Technology, social media and ubiquitous camera phones have blurred the line between work life and private life. Increasingly, employers are faced with the need to consider employees’ off-duty conduct, even when the conduct is not directly related to their role with the company. Take, for example:

These scenarios, though extreme, illustrate that employers have the right to enforce their policies and protect their business interests even when an employee is not working at the time. If an employee would have been disciplined for engaging in the same or similar behavior while at work, then the employee likely can be disciplined for engaging in the behavior after hours. That is not to say that employers can act with impunity. Rather, employers must consider that the employee may have legal protections from discipline under a written contract, a collective bargaining agreement, the law or constitution (for public employees).

Before taking disciplinary action for off-duty conduct, employers should evaluate:

Should you have any questions or concerns regarding employee conduct or discipline, please contact Brigid E. Heid.

Article as printed in the Columbus Bar Association Legal Connections.